Anyone who knows me knows that I love chocolate. U

Nicaragua: Your Next Adventure

I kid you not, the first text I got from my mother was a screenshot of a warning posted by the US Dept of State. “Your Aunt wanted me to share that with you.” Thanks mom. I mean, was I going to refund my ticket? Was I going to back out of this once-in-a-lifetime opportunity…

Read more Nicaragua: Your Next Adventure

How To Spend Two Days in Stockholm

Need ideas? This is where to find the best things to do in Sweden!

Read more How To Spend Two Days in Stockholm

The First Day in San Jose: The Day Everything Went Wrong

¨Necissitas una taxi!¨As soon as I got off the plane, I was bombarded from all sides. ¨No, no gracias,¨I muttered. According to the workaway email, there is a bus somewhere. Tired, and overwhelmed, I walk to the closest bus terminal and hop on. The bus driver speaks rapidly in Spanish. I realize I have no…

Read more The First Day in San Jose: The Day Everything Went Wrong

So before leaving for the United States to work, I wanted to see the Cloud Forest. What is the cloud forest, exactly? It’s a beautiful forest located high above sea level in the mountains. Monteverde (literally meaning ‘Green Mountain,’ in Spanish) is different from the many lowlands of Costa Rica in that it’s elevation is…

Getting Free Accommodation: My Workaway in San Jose, Costa Rica

Workaway. An easy way to experience the culture, community and language of the place you want to go. Not to mention, a free bed, and near instantaneous travel family. When I found the site, I immediately began to type in the names of cities I wanted to visit and countries I had never been. 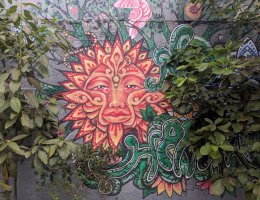 On Being Home: An Apology

"As a traveler I am both appalled and disturbed that his words are being broadcast into the world and that this is what Americans are being presented as."

Read more On Being Home: An Apology

While the rest of the world looks at the government of North Korea, and feels threatened, South Korea, the closest geographically, looks on and sees the women and children who are missing out on nutrients. It sees the lack of any cohesive economic structure. It sees the misuse of resources. And, it wants to ensure that innocent lives- children specifically- are saved.

Split, first and foremost, is a beach town. It has tons to do, and it has a reputation of being relaxing and wonderful. I scheduled five nights here, and I’m so glad I did. There is so much to do, and I really needed to rest after the action-packed adventure that was Dubrovnik.   While… 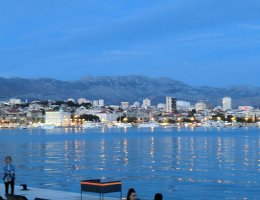