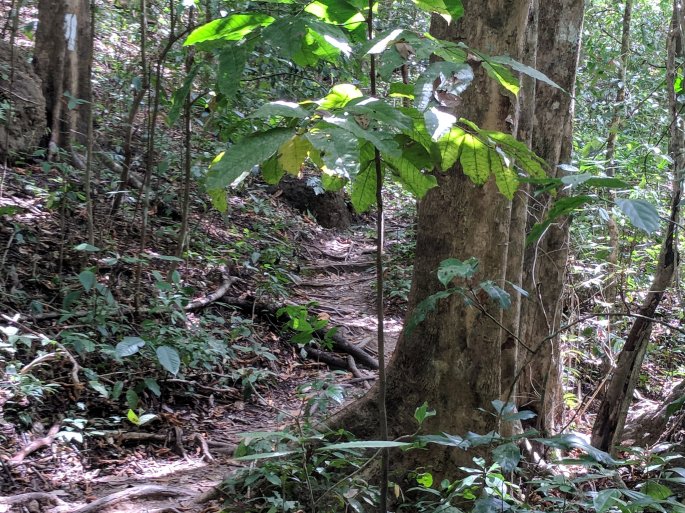 “We just can’t go anywhere.” Rhiannon jokes as she looks at me.

The situation, I had to admit, was not ideal.

In Boston, I would have cried.

But, I am not in Boston.

Instead, I am in the middle of nowhere. On a dirt road in a jungle. Somewhere between Montezuma and Santa Teresa. Maybe six kilometers from the closest town.

I don’t cry. I giggle. At least the ground isn’t frozen and covered with icy snow.

Luckily, I’m not alone. Also riding in this small Toyota Yaris (dubbed affectionately Estaban) are 4 of my friends: Joey, Angie, Alex and Rhiannon. We have spent the entire day enjoying Pura Vida vibes at the falls. It has been a beautiful day with amazing company. You’d be surprised at how hearty little Yaris’s named Esteban can be.

Plus, we drove through a river. (Filmed above) Because it was the only way to get back.

So instead of calling triple AAA, we look for a carjack. Somehow our car has everything necessary for changing a flat except for this one vital tool. Since we are in the jungle, sans cell service, and have only seen a couple of people drive by, we determine that the only option is to go forward with our flat.

We get back in the car, and gently coax Esteban through the jungle’s wild dirt roads. Slowly, we make it to the top of the first hill. Joey, the hero who rented the car, drove us to the falls, and then attempted to change the tire continues to drive slowly. Finally, we make it down the hill. Only 1 kilometers later, we see a steep hill in front of us.

Esteban, the Yaris, makes it about three quarters of the way up.

And then four of the five people get out and push Esteban up the final few feet. Magically, Esteban makes it to the top of the hill. We run to catch up and hop back in.

Having only three working tires, Esteban makes down one more hill.

That’s when we see them: Our Salvadores.

A large white truck comes barreling down the road. We stick our hands out the window and he stops. Luckily Joey, in addition to being an avid rock climber, is also able to speak Spanish.

We have located a Carjack.

Joey and the Costa Rican man are able to change the tire.

Finally we make it back to Santa Teresa, and admire what’s left of the incredible sunset.